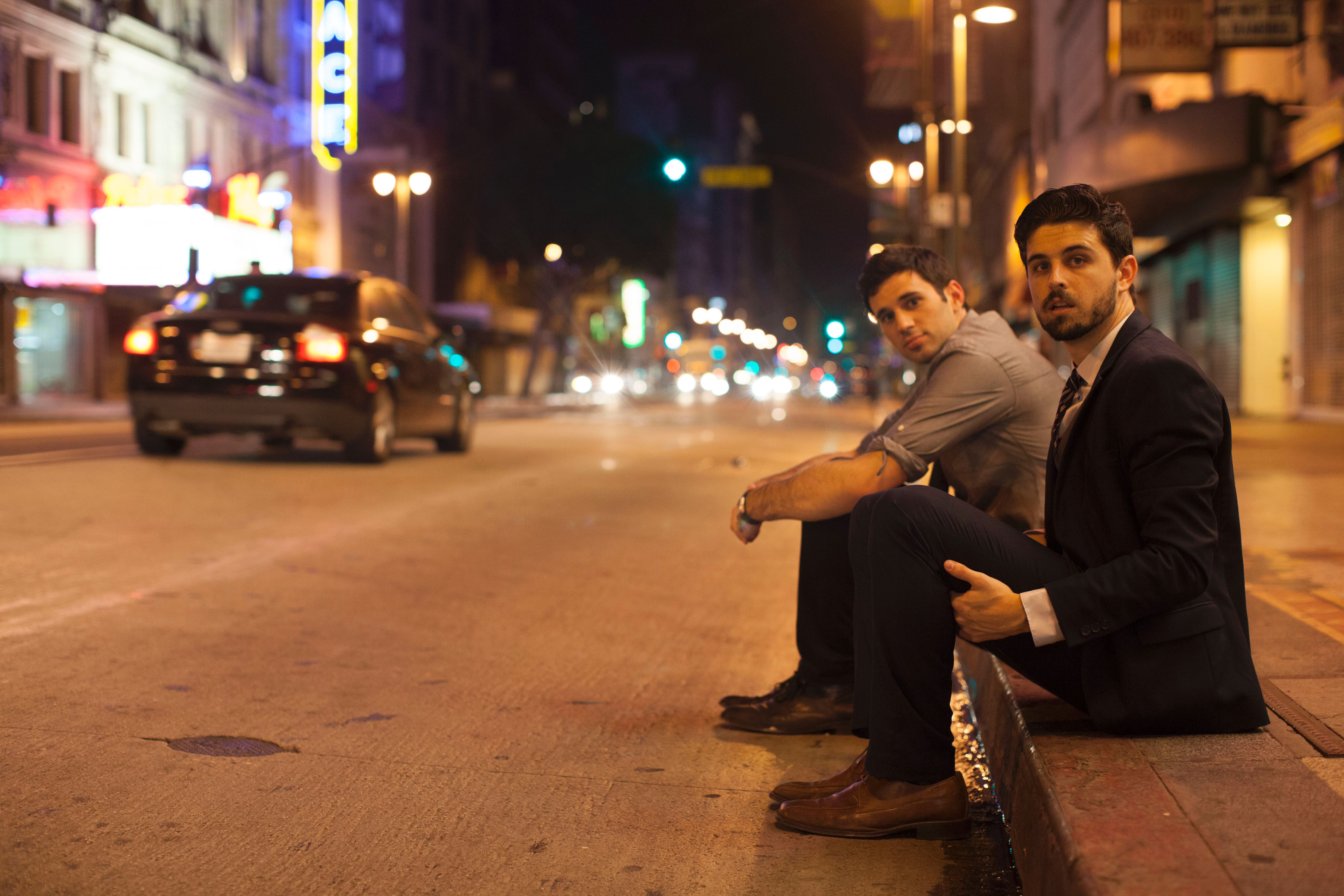 The members of L.A.-based duo Mako aren’t exactly a conventional pairing. While one member, Alex Seaver, received a traditional education in music courtesy of Juilliard, the other, Logan Light, was already working his way up the DJ ladder solo. Their diverse musical spectrum and technical excellence is what makes us love them, and it hasn’t gone without notice from the rest of the industry. Read on to find out how they’re finding their sound, what it was like to work with Steve Angello on his upcoming album, and more!

We loved your collaboration with Steve Angello on Children Of The Wild, one of the singles from his forthcoming album. How was working on the production of the track?

Alex: This was a dream come true for us. We’re huge fans of his, and sitting across a studio console from someone whose records got you into the genre is only going to be a thrill and a real privilege. Not the mention the studio education… You get to see sounds being designed and records come together in front of your eyes, in a way that’s impossible to absorb from YouTube tutorials or your own trial and error. It was topped off with a really memorable dinner with his family at his home before our last session late into the night. We’re excited to watch his record come to life!

How does Alex’s background in classical music influence your style? Do you find yourself marrying techniques from both genres?

Alex: Without a doubt it’s threaded through every musical decision we make. I would admit, for the time being, it’s a little more subtle than it is obvious. A true goal for us would be to fuse them together in all their bizarre glory, but it’s been a pretty calculated decision to shy away from making any sort of Frankenstein monster until we really feel like we’re at the top of our game in the studio. I truly don’t think we’re there yet, but you’ll start to hear a few hints of the potential ‘marriage’ you mention in a few upcoming records.

Had you two not merged and created Mako, where do you think each of you would have ended up?

Logan: I think I would have ended up working in law, but I always would’ve kept music as a hobby. Alex would still have pursued composing within the music industry. So, while Mako may not have been the focal point of our lives, we certainly would both be in the music realm in some shape or form.

What’s the best advice you’d give to an up and coming producer?

Alex: Without repeating too many over-mentioned bits of good advice out there… I would strongly recommend finding out what your strengths are, and leaning into them with all your weight on the records you decide to publish. Behind the scenes, it needs to be like Hell’s Kitchen: an all-out frenzy to pursue new talents and tools, to smooth over the rough bumps and reach for strange influences. There should be a healthy amount of experimenting going on in between the formal releases—opening that bizarre door leading to your own unique voice is the real payout. We’re still searching for that door, but we’re getting warmer.

Given that you’re L.A-based, where would you tell our readers to go out when they’re there?

Logan: Wow, depends what you mean by going out! On the food front, obviously In-N-Out, and if you like sushi, Sugarfish is a local favourite. L.A. is such a big city so it depends where you’re staying, but since we live near Hollywood there are a lot of fun bars/clubs around there. Create, where we are playing soon, is a great nightclub. There are also more laid-back bars, like Laurel Hardware.

The EDM scene has gone from appealing to a niche European audience to being a universally loved billion-dollar industry. What are your thoughts on its evolution, and current state?

Logan: I think there is one big positive and one big negative about the “EDM boom.” The positive being that once the boom begins to relax, the music will have made such an impact that it won’t recede away like it did in the early 2000s. Therefore, “EDM” will forever be a part of the musical landscape, regardless of how big or small it is. The negative is that some people have seen it as a chance to make money quickly, diluting the music and the scene.

Logan: Lots of amazing stuff. We are just starting to hit the road pretty regularly, which is awesome! There are amazing festivals in the pipeline, along with the club dates. We are also sitting on so much music, and are finally ready to share it; we’re aiming for a release every 4-6 weeks, with the possibility of an album release by the end of 2015.

Link Up With Mako:

Continue Reading
You may also like...
Related Topics:Interview, Mako