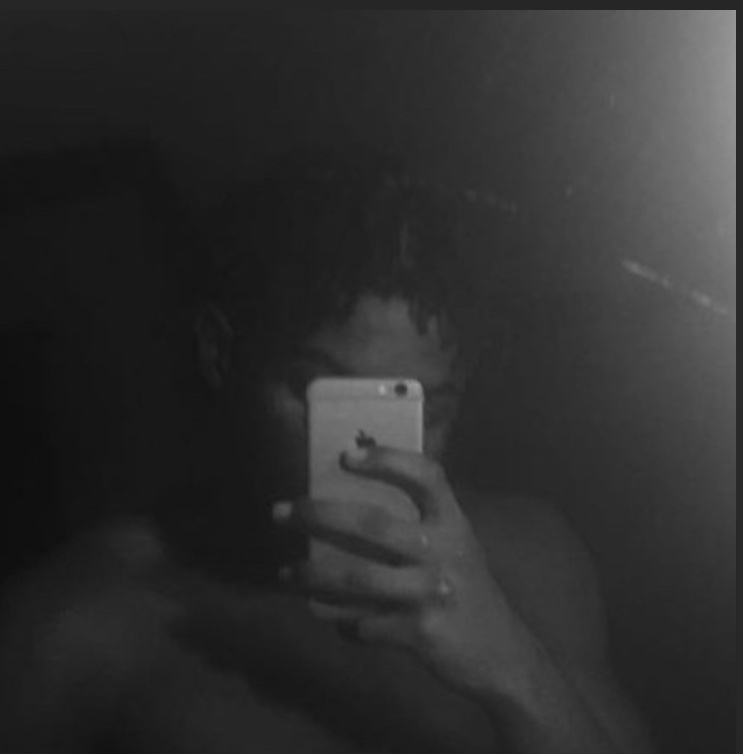 Well when I was seven years old I used to try rapping but I couldn’t so I just gave up.Then Back in 6th grade I was in English class with my friend Jude and our school provided us with iPads,when we were in class Jude got on SoundCloud somehow then he put on a song called booty over titties and that shit was lowkey bumping.We were rapping along and everything so after class I asked him what was that artist of the song then he said “Ugly God” .After school I went home and then went on his SoundCloud listening to all of his songs and he had 200k followers during the time then he motivated me to start rapping again.When I went back to school Jude and I started rapping to his song called ”water”.On that day we put everybody on Ugly God but also on that day I started freestyling during nutrition in front of everybody then everybody said that I sucked at rapping and I should stop trying so I lost motivation then stopped until I switched schools in 7th grade.When I went to Dana I met a friend named Christian Phillips, he liked everything that I liked and on after school he started freestyling then he told me to try so we started freestyling back to back. After that day we grew really close then we eventually became best friends in middle school and we started freestyling everyday.When I got into high school I started getting into music again in my sophomore year then I started isolating myself away from people instead of my cousin.My cousin taught me how to make music on my phone and then eventually I made SoundCloud.

You are one of the best up and coming musicians we have encountered on the internet! And your track “In The Sky” is probably your best track yet! Could you tell us more about the story behind this track?

Well basically this song represents my personality, like how aggressive I am and ”in the sky” is a metaphor like how high I’m going to be in the future like ima be up top with the best.

Going over your SoundCloud we can tell you love experimenting with new sounds. Can you tell us more about your studio setup and some of your favorite plugins/instruments?

Lol i use Garage Band on  my phone to record my songs, I’m going invest some money this summer for a computer and a mic so I could really start working on crafting my music.

Your signature sound is already very professional and amazing to listen to! How did you manage to achieve such a professional sound in such a short time?

Can you tell us more about your musical background? I guess it was a gift because my dad used to rap back in the day and sing.I also freestyle everyday, so yeah.

In third grade I played the trumpet but at the moment I don’t play any real life instruments.

What are your goals for the coming months?

Any upcoming projects we can get excited about? Well my goal right now is to drop as many good songs as possible so i can perform them at party’s this summer so I can grow my fan base.When i get that done ima try to make a music video,then when I have enough ”clout” I’m going to try to get in touch with Ugly God or Blaatina and try to work with them. I’m also going to drop a project when i get well known.