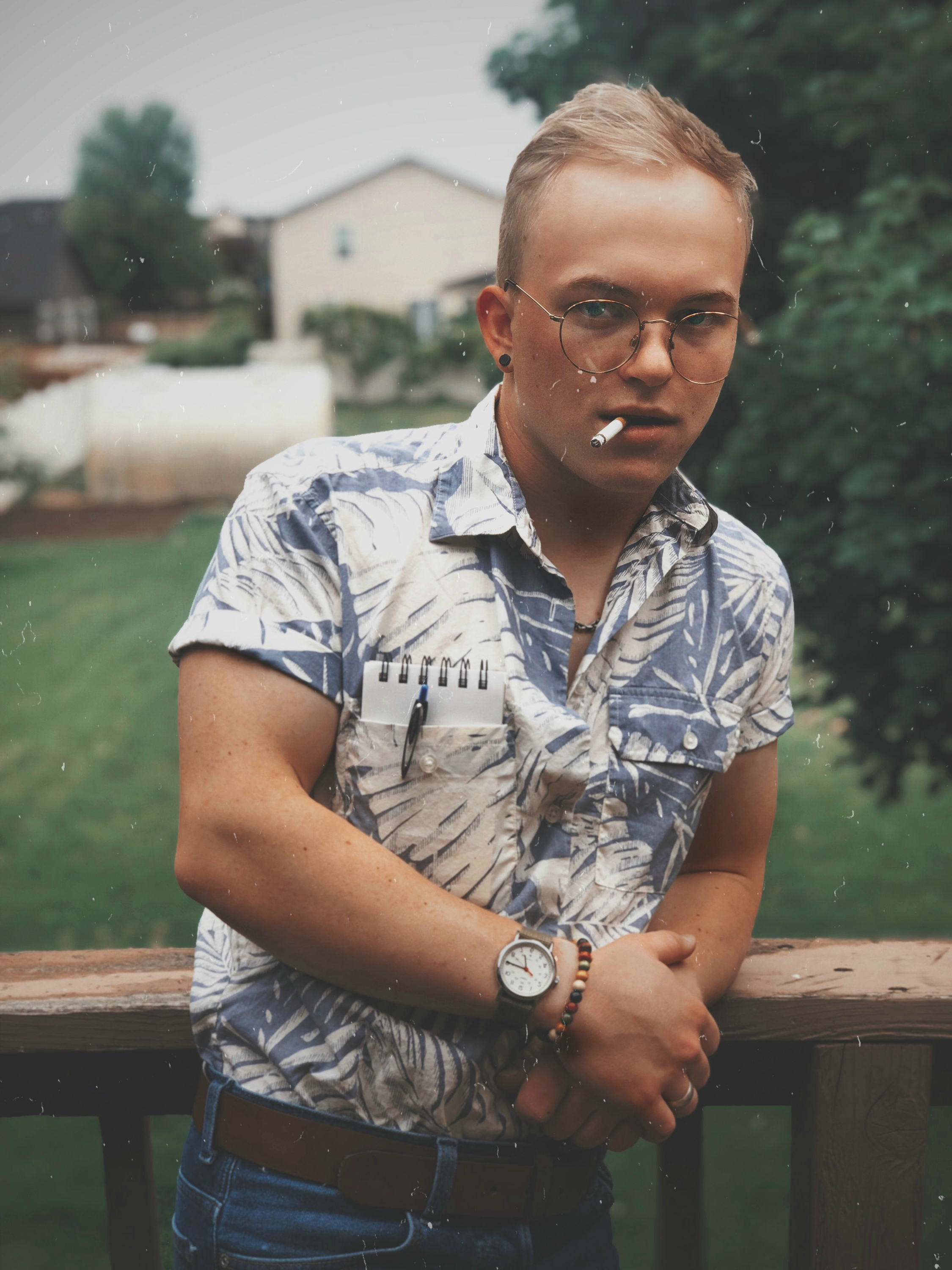 I’ve always been one to explore and learn new topics I find interesting. I had never had any interest in much music or even playing an instrument until the 7th grade when I heard Bangarang by Skrillex. A cliché first EDM song to hear, but it piqued my curiosity into the producing side of music. I spent what was in my wallet to purchase a cheap $30 DAW and started experimenting with different projects on my mom’s laptop. I stuck mostly with dubstep and future bass, until my later years of high school where I started branching out into lo-fi, ambient, and other downtempo genres.

You are one of the best up and coming musicians we have encountered on the internet! And your track “October” is probably your best track yet! Could you tell us more about the story behind this track?

Its safe to say this track sounds different than most of my other lo-fi tracks. I usually prefer my piano melodies to sound very raw or jazzy, however I started experimenting with some sidechain and LFO patterns while making October. This is how I came to find the final sound for the hook. Adding in some ambient reverb during the breakdown is also one of my favorite things to place within a song. I feel that it leaves space to think and breathe before the track picks back up. This can be heard in some of my other tracks like “Open Late” and “Sweet Dreams”. After I added the sub and drew up some solid drums, I knew this was going to be one of my favorite tracks I’ve ever produced.

As of now, I’ve got nothing too fancy. I’m setup with my laptop at my house doing most of my work in the DAW. The DAW I currently use is FL Studio. I’ve got an M-Audio Oxygen 49 key controller, an audio interface with my mic, and speakers and a sub. As far as plugins and vst’s go I really enjoy using The Giant and Keyscape for experimenting with piano melodies. I use Harmor to experiment a lot with different sounds or with editing and finding the right way in which I want a sound to be portrayed within a song. Replika is one of my favorite plugins and offers a huge diversity on ways to reverb different sounds. When reverbing drums I stick to more basic plugins like Fruity Reverb, but I like plugging in my synths and vocals to Replika. Massive is also very helpful for finding new synths to mess around with.

Ever since I was 12, I’ve been constantly improving my musical abilities. If I could offer up advice to an aspiring artist or someone just picking up music production, I would say a few things. Experimenting with as many different sounds or genres until finding one specifically that someone wants to focus on is important. I feel I improved my skills most when focusing on one certain genre starting out instead of trying to take in so much information at once. Then after mastering a certain genre, you can branch out and use your skills elsewhere. Constantly putting time and effort into working on music each week might seem like an obvious, but it was tough getting back into the flow of things when I would take weeks off at a time from working on music. Additionally, when working on tracks, I will upload unfinished projects to my phone and listen to them all day wherever I go. This can help spark new ideas on what you might want to add or change within the song before you start working on it again. On top of that, I am constantly searching online and watching videos about producing. Not only will I never be the perfect artist, but there will always be more musical knowledge to obtain and use in the studio.

I have almost no musical background besides smashing on the piano keys as a child. My parents never signed me up for musical lessons of any kind. Instead, I played a lot of sports growing up and in high school. It wasn’t until my earlier years of high school that I picked up a book, began researching online, and started teaching myself the different keys on the piano. It’s easier to work within the DAW, sure, but I continue to further my skills on the ivories alone.

I was hoping to have my next album released by the end of October, but it’s looking as though this project might unfortunately get pushed back to November sometime. I’ve been working on this specific album nonstop for the past several months. It will officially be my 3rd album and the only lo-fi one amongst them. The project has 14 songs total and will be announced in my Soundcloud bio! After it is released, there will be plenty to listen to for a while. I may take a break for a week or a few while the album is out, but not worry, there will be plenty more tracks coming your way. I’ve got lots more content to release, which will mostly be uploaded on Soundcloud.