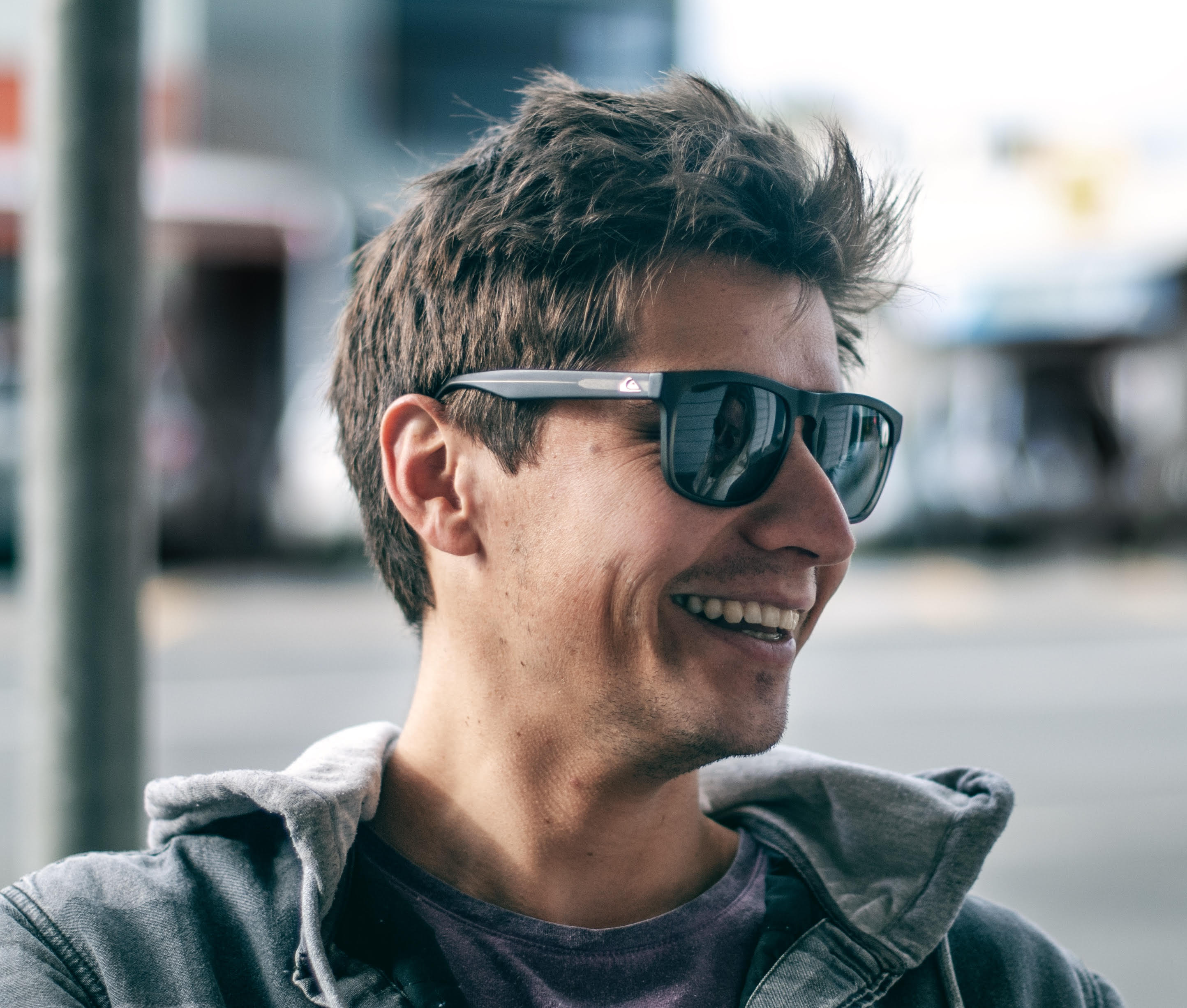 I actually didn’t enjoy music until I was about 16 and I heard Radiohead’s “Hail To The Thief” album for the first time. Before that I found music, which I mainly heard from the radio, very predictable and boring. But after hearing that album, I fell in love, as I realized the potential music has as an art form. When the melody, rhythm, flow and atmosphere for a song is just right it has the ability to transport the listener to another world. Artists like DJ Shadow, My Bloody Valentine, Mike Oldfield, Radiohead or Yann Tiersen have perfected this formula. You listen to one of their albums and you are taken on a journey. This is what drew me into music!

You are one of the best up and coming musicians we have encountered on the internet! And your track “Dancing With The Sun” is probably your best track yet! Could you tell us more about the story behind this track?

I originally created this song as a backtrack for a collaborator to sing over. It was inspired by various surf trips across New Zealand and the bliss feeling you get from falling in love. Unfortunately the collaborator pulled out and so I was left with a series of chord progressions and sax solos with no lead! I had pretty much given up on the song until a few months later when I randomly stumbled back across it. Over the next week or so I improvised piano sections over the chords and had some absolutely fantastic jam sessions. Later I perfected these recordings and yeah that was pretty much it!

I use the Yamaha MOFX8 Synthesizer Workstation to create my music. It has a wide range of instruments you can choose from including guitar, drums, violin, saxophone, piano, etc. As a piano player the MOFX8 is just perfect for turning your vision into reality since everything is played via the 88 weighted keys. For my recording software I use Cubase Elements 9.5 and record via a USB plugin. I often use delay and reverb inserts for my instruments to create the wall of sound effect present in a lot of my tracks.

I achieved my signature sound from constant practice and experimentation. For me creating a song is like building another world, it’s something I love to do and as such I am always practicing and trying something new. I’m also somewhat of a perfectionist when it comes to my music. I probably listen to a song 100 times before releasing it to make sure it is just right.

In regards to my musical background it all started when I was 18 and I brought myself a keyboard. I wanted to be able to create my own songs so I taught myself piano from YouTube. Slowly but surely I started working my way up to the classics and soon enough I found myself playing Beethoven and Yanni. I didn’t want traditional lessons as I felt that would ruin the excitement and freedom of learning my own unique style. I would make songs and show them to my twin brother who would give me feedback. From there really it just kept growing!

I have been playing the piano now for about 10 years. The possibilities with that instrument are endless! I still have so much to learn and am just at the tip of the iceberg. Artists like Beethoven and Chopin have shown the world the potential of this instrument, it’s truly inspiring for me to listen to them.

I am currently working on a music video/surf film for my track “Beautiful Salt Water Therapy” and I am also starting to learn “Fly Me To The Moon” by Frank Sinatra on the piano.

In regards to my next Soundcloud song I will have to wait until life inspires me again. I am all about quality over quantity and so I don’t create music until I have something awesome to share! More often than not I end up making a song about once every four months so in the new year you can expect something new from me!