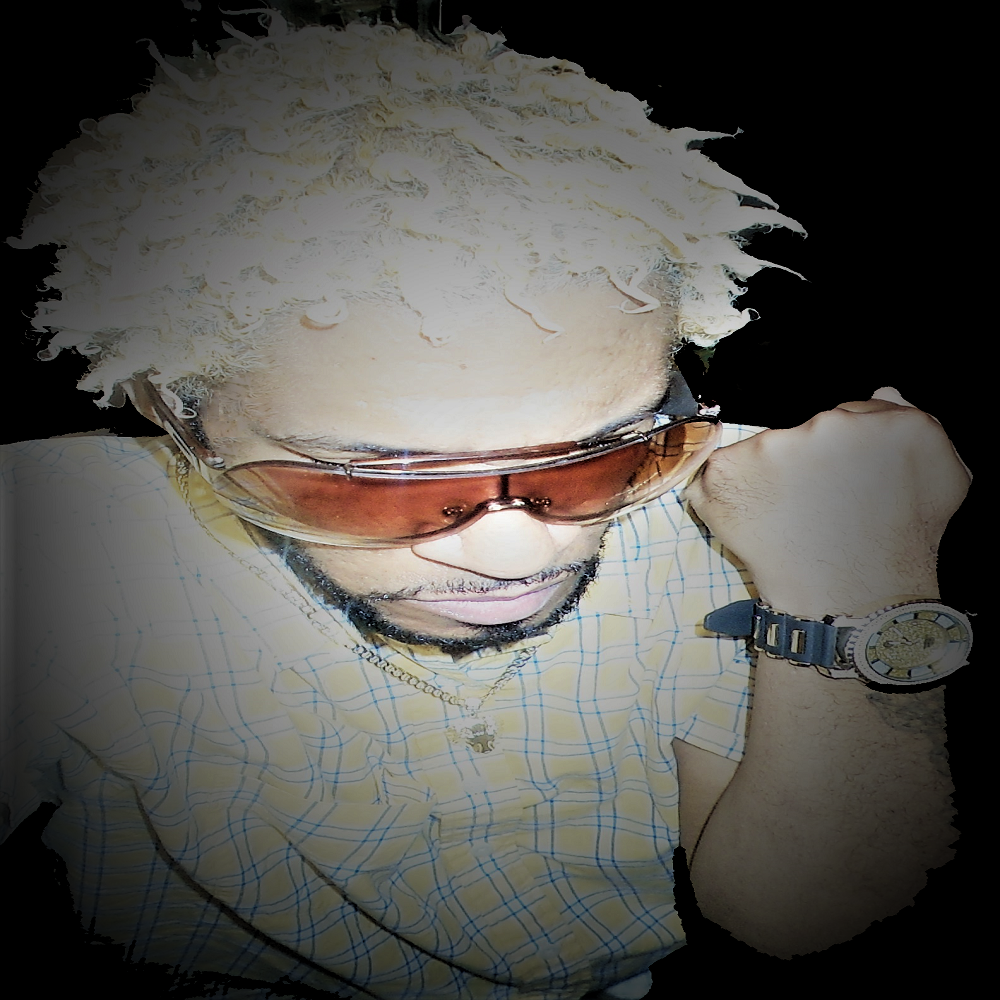 What first drew me into music was just being ever present in it 24/7. I couldn’t go anywhere or exist without music being at the forefront of everyday living and or lifestyle in New York City. Being born and raised in New York it exposed me from a very early age to all kinds of sounds, styles, cultures, religions and just so much versatility that still sticks with me till this day. Before I got into music I was successful in multiple sports which included basketball, running  track and playing field hockey. From excelling in those sports I knew early on I was a unique multifaceted dynamically talented individual. Years later I applied the same drive, dedication and talent into music. Knowing all of this with sports gave me the idea/notion of expectation and accomplishment that most likely would be achieved if the same energy was placed in to my love for music. The rest is history!

Your track “Love’s Paradise” is absolutely amazing! How did you achieve such a great signature sound in such a short time? Also, what is your creative process like?

Thank you so much! A lot of what I do musically all evolves around my music name in itself and me as an individual. I feel like my signature sound is to be as unique but relate-able as possible. It’s a formula I’ve developed within music over time but it derives from my own personality and life experiences. The name IfGod Mayde Beatz has multiple meanings. I’ve always heard the saying that “God works in mysterious ways”. So as I was growing with music I realized very early on that I was extremely musically inclined and gifted beyond my years. Not only was people impressed by my music IQ, vast creativity and advanced knowledge of music I was also beginning to shock myself. When I tried to explain the natural gift I would always come back to something outside of myself and think of like divine intervention or something special about me. I then asked my own self one day if God made beats/music what would it sound like? My answer to myself was as music is it’s a universal language. It can’t be boxed in and it can’t be singular it has to be wide ranging. Hence the name IfGod Mayde Beatz which could also be interpreted as a question or just make you overall think/imagine the musical capabilities and possibilities within yourself through the blessing and or gift from what I believe was bestowed upon me. The name not only provokes a conversation/question it keeps my creative process highly elite and always uniquely present to the listener.

Yes like I previously mentioned I was a multiple sport athlete growing up. One of the sports that I excelled in and still have the trophies to show for is field hockey. I am multi-racial but growing up I was only identified as being black. Due to this it was laughed upon that I would pursue a sport that even at that time was not quote on quote cool or a thing that black kids/people do. The fact that not only was I good at it I 100% enjoyed it. With that being said when it came to transitioning my life into music my approach from past experiences let me know that I have to go with my true inner belief and be original to the best of my ability. During my creative musical upbringing I was never afraid of anything musically or any genre. This mindset pushed me to the extreme level of musical awareness and attention to detail. The keyboards are my main instruments and there’s nothing on the keyboard I can’t play. If it’s a sound I’ll make something spectacularly good out of it. I’m far from being a perfectionist but I care enough to have patience and not push the creative process of making music. I have 3 Keyboards I use which are a Yamaha YPT-340 (Which was gifted to me by my good brother Eric in New York), My Alesis Q49 and my Alesis Q25. I have my own studio which I purchased, designed and set up myself. Everything you hear from me was 100% created and made in my own studio. When I first started making beats I learned from a PlayStation video game called MTV Music Generator. From that I went into Beat Thang Virtual and from then on till today I make all of my music with Studio One Artist 2. I got that software for free with my purchasing of Presonus  Audiobox USB. It’s simplicity and amazingly quick workflow definitely bares reason for my quickness in the creative process and the accumulation of my huge music catalog. I never even cared to upgrade because as the saying goes “if it ain’t broke don’t fix it”. I use to have Samson Studio GT Monitors which were good but they messed up so now I have Presonus ERIS E3.5 Studio Monitors which were cheaper and have such an amazingly good well balanced sound. It really helps me with the mixing, mastering and engineering work. My headphones are Samson SR950. I’ve had many headphones but those are absolutely the most comfortable and best headphones I’ve ever had. The microphone that I use is a Samson MTR101 Condenser Microphone. That pretty much sums it up as far as the Studio goes. I use a Dell Optiplex 755 Desktop. These are very durable, powerful computers. So much so that you can find them being used sometimes in Grady Hospital here in Atlanta. That let’s me know it was well worth the financial investment and is the core of all of the Studio music processing. For plugins I just go with what works and best suites the overall process of making music. Way too many to name because I use a little bit of everything.

Thank you so much! Yes my 3 Keyboards as stated in the last question but pretty much any keyboard or midi controller. Those are my go to tools and what I’m mostly dynamic in musically as far as instruments go. Give or take like maybe 80-90% of everything you hear I actually played it.  Also to note I can play anything on the keyboard no matter what it is as far as sounds go. In my catalog I’ve created Arabic, Asian, Italian, African, Native American, Spanish, Reggaeton, Reggae, Gospel, Epic, Dark, Happy, Sad, Emotional, Grime, Country Type, Rock, Pop, R&B, Disco, Electronic, Jazz, Hip Hop, Rap, Trap, North, South, East and West Coast Beats. I highly recommend my 30 beat project Your Favorite Producer’s Favorite Producer as for reference. More instrumental projects coming out soon that will further more be evidence to all of this.

Well in a nutshell I’d like more listeners worldwide, all racial backgrounds, ages and so fourth. I’m already touching bases with the world/people in America and overseas with my music so just some more recognition for my talent and maybe a record deal. I’ve gotten somewhat far without one but I’d never say I wouldn’t sign one if it was a win win situation and in the best interest of me, the label and for the benefit to Artist I’ve collaborated with already. Let alone making sure everybody in my Family is straight/good. More awards would be nice and some music industry Artist from the new, popular, underground and legends maybe dig my music or give me a shout out/promotion. That’ll be fun and amazing! Also collaborating and music ventures in relation to my life story and all the music I’ve created/put out thus far. I wouldn’t mind being a motivational speaker one day and traveling the world helping, uplifting and inspiring people worldwide. It’ll be well worth it to touch the hearts and minds of the wonderful/beautiful people of the world. I have so much love and respect within me for everyone worldwide and hope one day I can fully express it. With my skills and intellectual abilities I feel my talent transcends music in a way and can go into many other avenues. I can say so far so good and as everyone is proud, inspired and motivated by me I am also by them. I’m extremely grateful and humble by it all so I thank God, my family, my friends and fans/Artist alike. I plan to keep it positive moving forward towards more accomplishments, enjoyment of life, peace, success and overall making of more amazingly good music!

Yes very much so! Making more good music, more followers/fans and just overall keep being successful.  Next month I’m releasing a huge amount of my catalog to my SoundCloud. Due to default of a website redoing itself over all of the beats I had on that website were automatically deleted. I’m in the works through SoundCloud to bring all if not most of it back plus brand new ones that I structured out from random beats to make into instrumental projects for purchase and or listeners enjoyment/streaming. I have a vocal project which is called Sefis Nol Jen which comes from the dictionary and is short for Sophisticated Knowledgeable Genius. This is some of my most lyrical, intelligent and best stuff to date. All written and produced by me other than the three Artist on it L.$.P. (Light Shinin’ Prod.) which is Kenny Blaze, Greatne$$ & Decarlo. This project is a must listen and in my opinion will stand the test of time like my other vocal projects to be a classic. Lots of instrumental projects will be uploaded soon and more in the near future. Last but not least I’m doing production for a Chilean Trap Artist named D.$.T. who already has a project all produced by me on my Soundcloud called IfGod Mayde Beatz Presenta: D.$.T. please make sure to check him out and support him.  Also some of my family are artist too. My 12yr old niece A’Myah already has her own project all produced by and featuring me. It’s called IfGod Mayde Beatz Presents: A’Myah. She’s told me about wanting to make more music so we’ll see what the future holds. She’s an amazingly gifted kid and has a vocal range that’ll outdo if not impress any Artist young or old. I’m proud of all of the success and everyone I’ve collaborated with thus far. The future looks very promising for me and everyone else. Come along for the ride everybody! Thank you! Always love! Take care! Yours truly I.G.M.B.!