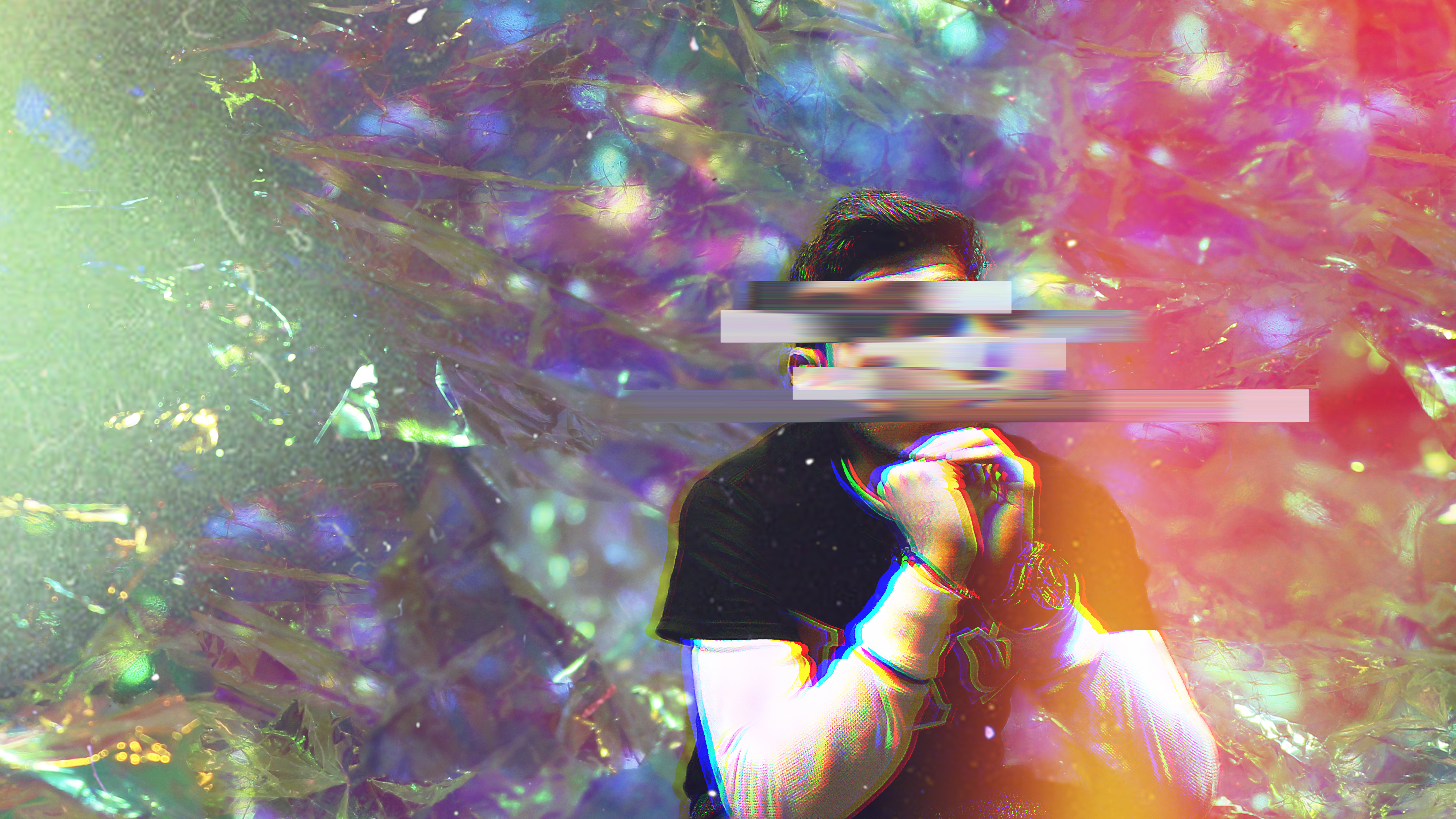 I have always felt a connection to music. I think most humans do; but even if you aren’t human at all – melody and rhythm can be powerful stimulants. My addiction started when I was a child, I would always get anxious on my commute to school and I noticed music would help me deal with that anxiety. Many times I didn’t know what I was listening to (as a kid, I wasn’t really paying attention to artists) but I started falling in love with specific melodies and rhythms. Around this time, video games also became a fundamental part of my day-to-day routine and with it my exposure to 8-bit music and synthetic sounds.

Before residing on the Internet and becoming Auggie, I grew up in Miami. Neon lights, cars, nightlife were part of the culture and that, later on, attracted me to all things electronic. However, around those transformative years of my life in the 2000s, the radio/city would blast hip hop music proudly and it became part of my identity. The blend of both years later would change everything for me.

Your track “Ghost Emails” is very modern and the lyrics are amazing! How did you achieve such a great signature sound in such a short time? Also, what is your creative process like?

Thanks! To be honest, it is all a work in progress – my “signature sound” will forever be a work in progress. I have learned over the years that, as an artist, this is a truly normal feeling to have – especially when you aspire to push boundaries. I am borderline robotic when it comes to organization and I have planned out a blueprint for my journey. Here is a pro tip though: 99% of the time things will turn out differently – but that is okay, flexibility is key as long as you are growing. I explore sounds and ideas regularly, that can take weeks, but I will then tend to have sporadic bursts of creativity (these do happen frequently though) where I make a song in a handful of days. “Ghost Emails” is an example of that. I made this song in two days, and that includes the mixing and mastering (which I currently do myself).

You have worked with many great producers/artists in the past. If you could work with anyone who would that be?

I have been blessed to have had the opportunity to work alongside such great artists and I hope to expand my list of collaborations. My dream collab at the moment is to work with Dylan Brady. He has something special and I would love to be a part of the movement. The future is now haha…

You have recently released a track titled “Egoista”. The track is a modern Hip-Hop/R&B fusion and we wonder if you plan to release more R&B sounding tracks in the future?

Ahh yes, Hip-Hop/R&B fusion – I call that Wave. People tend to describe this style online as “wavy” and I love how that sounds. The answer to the question is yes! I am all about pushing and expanding Wave to the next era. Expect more of that.

I want to change how music sounds. How music looks. Lead the new wave. Change perceptions, change what is accepted. But it expands beyond music, there is a whole world of uncharted ideas. I want the person researching and reading this interview at this very moment in the future to smile because they know what I am referring to.

My goal at the moment is to continue discovering myself and make music inspired by that exploration. I want to explore sonic depths and take you all along my digital journey – only then will we be a step closer to our destination. I’ll be dropping a project as a tribute to my time as Auggie beta version 0.0.1. This is really just the beginning. ^_^