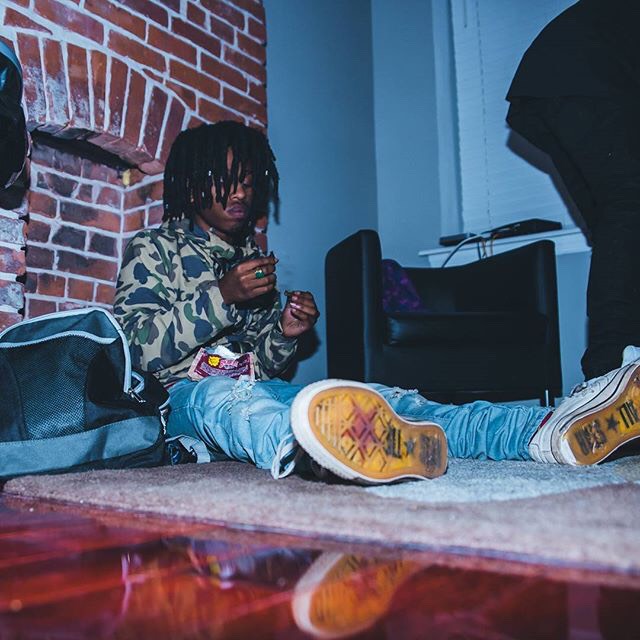 My friend wanted to record and asked me to hop on a track I never thought Of making music before I always loved music but never pictured me creating but I made it we reached 1000 on first song and pulled me in and slowly but surely I’ve found out how to express my emotions into my music which made me fell in love with it was my only outlet for my emotions.

You are one of the best up and coming musicians we have encountered on the internet! And your track “Runaway” is probably your best track yet! Could you tell us more about the story behind this track?

Lol thanks and I was around a lot of negative energy in the house I was in they used to try and drag me down everyday y’all day and I just wanted to leave that song was pretty much a person message to them.

I use Logic Pro x on a Mac and I just mess around with a lot of sounds whatever I vibe with and sounds right.

I was going through a lot when I first started so I used to record songs and not release it because I was so insecure so I was practicing behind the scenes everyday and working on my vocals and try to improve every day. When I was a kid I used to listen to everything because of family used to play a lot of different type of music to reggae and rap used to be faithful to watching 106 & park but I fell in love with rock music once I heard move along by all American rejects and use to listen to a lot of other rock songs just because of madden and commercials. Then I got rock band game and expanded my whole musical taste I listen to everything from rap to Japanese Koop to rock to old Jazz I love songs with emotion rather then just average braggadocious music.

Yea I play a trombone in middle school for 3 years never after. I just put on a beat and I mumble to the beat and record it and listen to it over and over until I find the words the mumble lol it’s weird but it works .

My goals is to really inspire people who’s like me who  has a lot of self doubt who goes through loneliness depression real life problems.so I want to make an bigger name for myself so I’m able to inspire people as much as I can and live happily making music. And yea I’m dropping a tape beginning of next year name is unknown as of now but until then just look forward to the singles I’m dropping