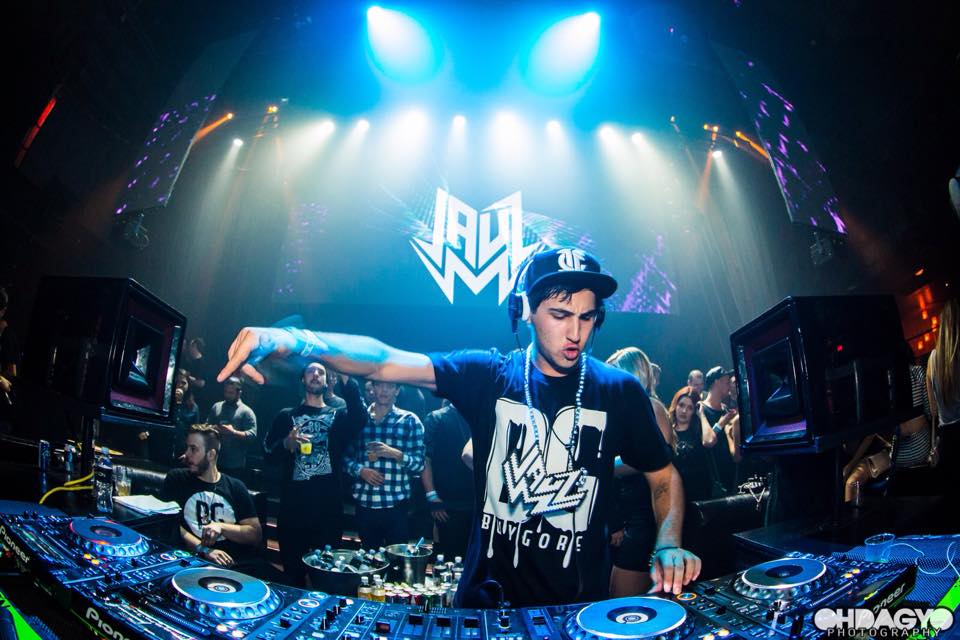 If this one hour mix performed on BBC’s “Diplo and Friends” last month by Sam Vogel, who goes by the stage name Jauz, is any indication of the producer’s vision for 2015, everyone should be paying attention to this LA native. The majority of his songs utilize a muted bass that is best described as if Borgore and Zed had a grimy baby. But Jauz’s sound cannot be strictly categorized. For instance, on his remix of Fergie’s LA Love, the song is given a big room feel that might be compared to producers such as Calvin Harris and makes you feel like fist-pumping in Ibiza. However, on his edit of A$AP Mob, the bassline is a more laidback traditional house beat. That doesn’t mean that one should expect normalcy from the song. The gunshot sample leads into some dirty syncopation that reminds us of Jauz’s versatility.

Jauz gives listeners a little taste of the biggest sub-genres of house as he opens with a trap bassline, transitions to jackin’ house, gives us some Flume-esque tropical house, as well as multiple tempo changes to keep listeners interested, and even throws in a Snoop sample for good measure. The A$AP Mob remix of Hella Hoes is one of the most interesting and unexpected breaks, providing great build-up to a dubstep loop. Jauz’s remix of Therapy by Mary J Blige closes the mix on a soothing note and makes you feel like they have come to the end of a journey throughthe current state of EDM. If all that wasn’t sufficient, this mix highlights some of Jauz’s favorite artists at the moment, and listeners would be well advised to give them a few plays as well.

If there can be any fault found in the mix, it’s that the Jauz’s sound can become a little overused. While the types of rhythm lines change and the samples are incredible, the garage bass is a constant through the mix. This means that while one may be amazed at Jauz’s ability to make his sound work for so many genres, one shouldn’t feel guilty for thinking that the bass is slightly played out by the end of the mix. That being said, Jauz demonstrates so much creativity compared to most of his peers and his ability to build excitement through his combination of genres remains a defining characteristic of this mix. Enjoy.

Continue Reading
You may also like...
Related Topics:Jauz, Sam Vogel