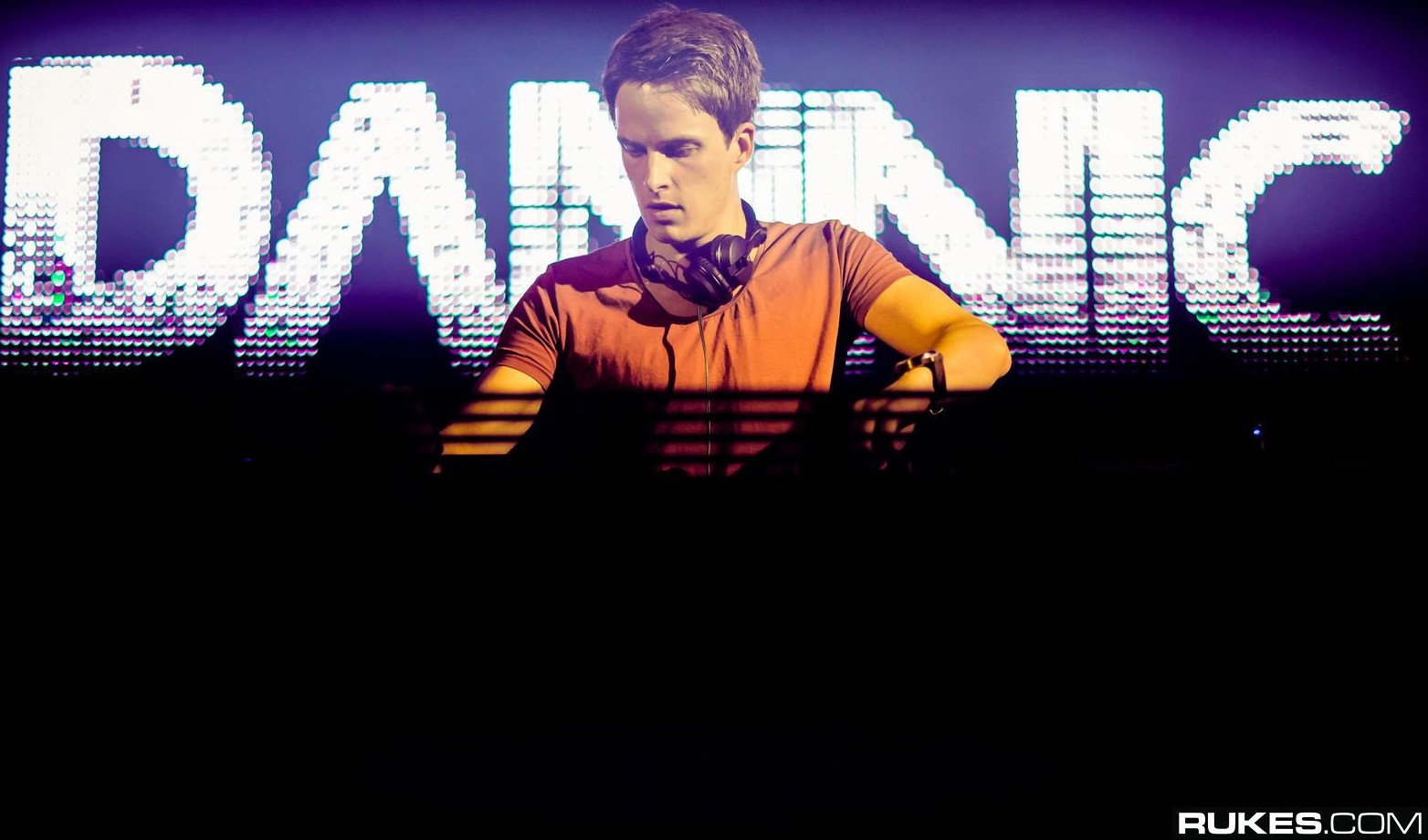 HBT sat down with the wonderful Dannic at Montreal’s New City Gas last weekend, right before he went on to kill his completely sold out show. The Dutch talent, often associated with Hardwell, is nothing short of spectacular. We knew his music was fantastic, but to hear about the work and passion behind the product really hit home for us. Not to mention, we were completely unprepared for his dope blue eyes. Read on to find out more about his work with Revealed, his friends in the industry, and all his upcoming releases.

You’re from the Netherlands—where do you go out when you’re back home?

In my hometown, there’s a small bar called Café Janssen. It’s super small; only about a hundred people can fit in there. That’s kind of where I spent my teenage years—you know, drinking beers with friends and such.

You signed with Hardwell’s label Revealed in 2010. What have you learnt under Hardwell’s tutelage, and what made you decide to work with his label?

We’ve known each other for almost ten years now; I met him in a bar. So, yeah, we’re just close friends. We share the same interest in music. I was making music at the same time he was making music, and he wanted to start his own label so I made a bootleg of a track, and he’s like “Man, you should make an original song out of it.” That was actually the first release on Revealed Recordings.

Was he big back then?

Well, he was big in Holland, but he was just starting to break through the international scene. It was really cool to do that together. We have a collaboration coming up, maybe… We send each other everything and we’re really good with each other. If I don’t like his music I’m just gonna say it. I’m super honest with him, and he’s super honest with me. I think it’s really good to have a friend like that.

Are you close with anyone else in the industry?

Yeah, actually I’m pretty close to everyone like Dyro, Jordy Dazz (I’ve known him for almost two and a half years now). I think in general the whole Dutch DJ scene is really close. Everyone knows each other.

We always feel like it’s Sweden V.S. the Netherlands.

No, I don’t see it that way! Well, I mean, I love those guys. But it’s cool because everyone has their own sound, so it’s not really a competition.

Having risen over 30 spots in the DJ Mag Top 100 DJ Poll last year, how have you coped with such an exponential rise in fame?

Well of course I didn’t expect #30— that was ridiculous. I expected to go up a little bit in the list, but 44 places was crazy. It shows how dedicated my fans are. I think it has a lot to do with starting my web series—that’s when people started to recognize me more. And my Tomorrowland set, which got almost over 600k views. That’s when you know people are really starting to recognize you, recognize your face… I have a billboard in Vegas now, which is ridiculous!

With a following like yours, you’ve had the chance to tour all over the world. Which country did you most enjoy performing in, and why? (You can say Montreal, and you can say New City Gas.)

Since I did the Canadian bus tour, I fell in love with Canada. I love the people here and the parties are crazy, and yeah, Montreal’s definitely one of my favourite cities to visit. Toronto and Vancouver, too. Besides that, it’s so hard to choose a favourite spot because every place has its own atmosphere, its own people, its own crowds…

We know DJs are always raving about Montreal’s New City Gas. We absolutely love it, but we want to hear about it from a DJ’s perspective.

It’s a club, but it’s more like an indoor festival kind of thing. There’s nothing like this in Europe, I guess. We have more intimate clubs. New City Gas is a venue.

What do you think about the people in it?

I love them! It’s a really well mixed crowd. You have the upper deck which is more for like the older people, and then on the dance floor it’s really mixed.

What made you decide to start your own radio show: Front of House radio?

Well, I had my promo mixes every month, but that was just a regular thing I did on SoundCloud. Actually, I got asked to do a radio show by radio stations in like Jamaica, Chile… Not really the first ones you’d expect! But it was really cool and I really enjoy it; I really love all the music I play on my radio show. It has to stick with my sound, so it’s mostly groovy. Sometimes I start off really techy.

Is it different from what you’d play at a show?

Well, this week I started off with a lot of house. But right now I have to close here so I need to make it more energetic. If I were to play a more intimate show, I would make it mostly house. It depends on the crowd; it’s always different.

One of your most recent releases is a rework of Bynon & Domeno’s Golden Hearts. Given that both artists aren’t very well-known, what inspired you to work with them on the track?

I was searching for another release, and I’ve known Domenic for about two years now (since the first time I played here in Montreal). He’s a super talented guy, and a really good DJ as well. We were just talking on Skype and I was like, “Yeah, I need just one more song. Do you have anything just laying around?” He was like, “Yeah, I can send you some stuff,” so he sent me this instrumental track and I immediately fell in love with it. I felt like it had potential, but it needed vocals and some editing. The vocal does so much to a track. We had like 10 or 11 vocals that we could choose from, but this one really just stuck out.

Yeah, many new songs. Music is key—it’s the only thing that will keep you going. In January, I had some time off to spend in the studio and I have a new collaboration with Lucky Date, 3 new solo tracks, a new vocal track, and then a remix with Andrew Rayel. Just a bunch of collaborations with sick individuals coming up. So, yeah, new music.

Do you have anything prepared for Ultra or Miami Music Week?

Yeah, a lot! Miami Music Week is always the moment where you premiere all your new stuff. I can’t wait for that.

Any advice for aspiring DJs/producers?

Yeah, I always tell people to never give up and to wait before putting anything out there on the internet. Many people just make something in ten minutes and just go like “Here, what do you think of it.” You need to make sure you’re 100% satisfied and then put it out. Start showing it to friends, or your mom, or your dad—whatever. People that don’t actually know EDM or know music, because they kind of have the best perspective on whether or not something works.

How long do you usually put into a track?

Oh, well that depends. Sometimes I can make it in 3 days, and sometimes it takes 2 weeks. It depends on whether or not I’m satisfied. I of course road test it every time, and then I sometimes I want to make a few tweaks. It’s the nerdy stuff. The stupid thing is that I’m never 100% satisfied with my tracks. Sometimes I’m just like “Ah, I should have fixed that.” It’s a personal thing. It has to be perfect.

Link Up With Dannic:

Continue Reading
You may also like...
Related Topics:Dannic, Golden Hearts