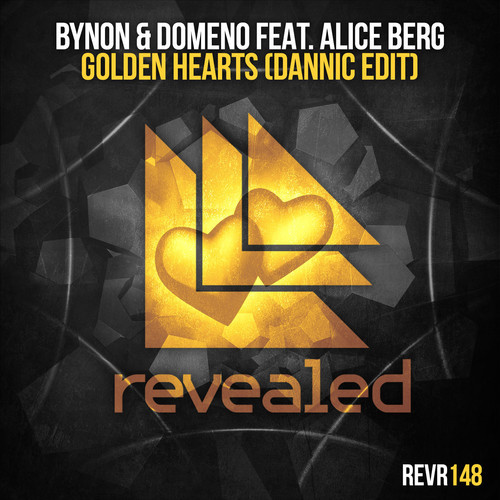 Revealed Recordings has yet again released an incredible track featuring young and talented Dutch DJ/producer Dannic in collaboration with newcomers BYNON & Domeno. The progressive house track, titled Golden Hearts, was first showcased on both Hardwell’s On Air and Dannic’s Front Of House radio shows. Altogether, the song really brings you that summer festival vibe through its militant-style march beat and the progressive electronica drop. The build-up of the track enthrals the listener through the angelic voice of talented Swedish songstress Alice Berg, bringing you on a euphoric dance journey that has you wishing July was just around the corner.