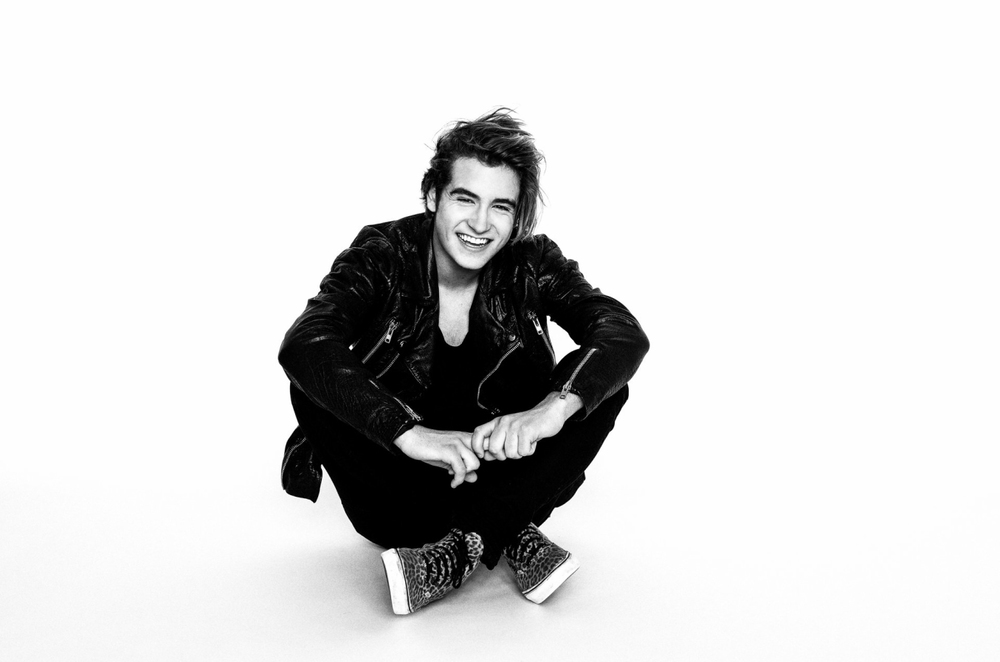 HBT took a moment to talk to Spanish DJ Danny Avila. The young and hungry prodigy is steadily rising in the industry, and we’re delighted to share his thoughts on partying, working, and best of all: making it young. Check out his newest releases BOOM! and Rock The Place on Beatport!

Where would you tell our readers to go out in Spain, your home country?

I’d probably say Ibiza in the summer. Yeah, Ibiza is probably one of my favourite places in Spain, but the thing is that it’s amazing for like two months and then the rest of the year it’s empty. In the winter, I’d probably say Madrid and Barcelona.

You’ve mostly focused on EDM, but have taken the time to create your own SoundCloud episodes centred mainly on deep and tech house. What inspired the switch, and how often do you plan on releasing these episodes?

I’ve been deejaying for seven years now, and when I started I was more into tech-house and deep-house. I was doing shows during the day for under-aged kids so I had to keep it a bit more commercial. I like deep-house and tech-house just for me because it’s fun to play, but I never really play it at big shows. I like pretty much every single music genre so I’m just trying to have fun and play different sounds—so far it’s been working pretty well. We just put out the first MORE Radio episode and the reactions were amazing so I’m excited to put out the next ones.

Your extreme success seems virtually unaffected by your young age. Has it created any inconveniences for you in the industry?

Besides not being able to drink in Vegas… Not really. The thing is that when you’re young, people have higher expectations of you. Some people would say “he’s not able to play a proper set because he’s so young and hasn’t been in the industry for that long.” But if you’re twenty, you can be a better DJ than someone who’s been a DJ for twenty years. So your age doesn’t really matter, what matters is how talented you are.

How do you prepare your sets before your performances?

I probably spend twenty-four hours a day in front of my laptop. I’m always working on music: in the car, on the plane, in the airport… For me, it’s all about keeping it interesting. I play a show about every day now, and if I play the same music at every single show it gets a bit boring. I try to make special edits for each show.

What are the pros and cons of becoming a world-renowned DJ?

I always say I think the worst part is the travelling—the travelling and the jet lag. I just came back from Europe three days ago so when it’s midnight here and I have to go play a show, it’s like seven in the morning in Spain. For me, that’s the worst part. The best part about my career is that I get to meet so many people around the world. For instance, I go to Japan and I know a lot of people there; I go to L.A. and I know a lot of people in L.A.; I even go to South Africa and I know people. So even in like twenty years when I’m probably not deejaying anymore, I’ll have made so many friends and I’ll have seen almost every city in the world.

Had you always planned to become a music producer, or do you have other passions?

I always wanted to be a DJ, but I didn’t really expect this. I remember at school, I was like the weird guy—you know, that guy who never went out. I just spent the whole time in my bedroom just making music and deejaying the whole time, ‘cause that’s what I really wanted to do. I didn’t want to do anything else. And then when I saw Fedde Le Grand in 2009, I said “I want to be like him when I’m older.” So I started working 24/7, and didn’t go out. That’s how I ended up in EDM.

What was your craziest show of 2014? What made it so memorable?

It’s a bit difficult to pick just one show, ‘cause I think I played like 170. One of my favourite shows this year was probably Ultra. The show was really amazing, and it was lifestream online which means like two-hundred thousand people saw it. I was trending worldwide for like two hours. I kept refreshing Twitter and it just wouldn’t stop.

Next year, I’m starting a new residency in Vegas at SLS LiFE. I was doing Hakkasan for two years but I thought it was time for something new. I wanted to have my own concept, and Vegas is really an amazing city. SLS came out with a great plan, so yeah. Ibiza next year is going to be very intense; I always do Ibiza like the whole summer. Then shows in South Africa and Asia for the first two months of the year. Busy, busy, busy.

Continue Reading
You may also like...
Related Topics:Danny Avila

The Man Behind The Party: Meet Dave Grutman