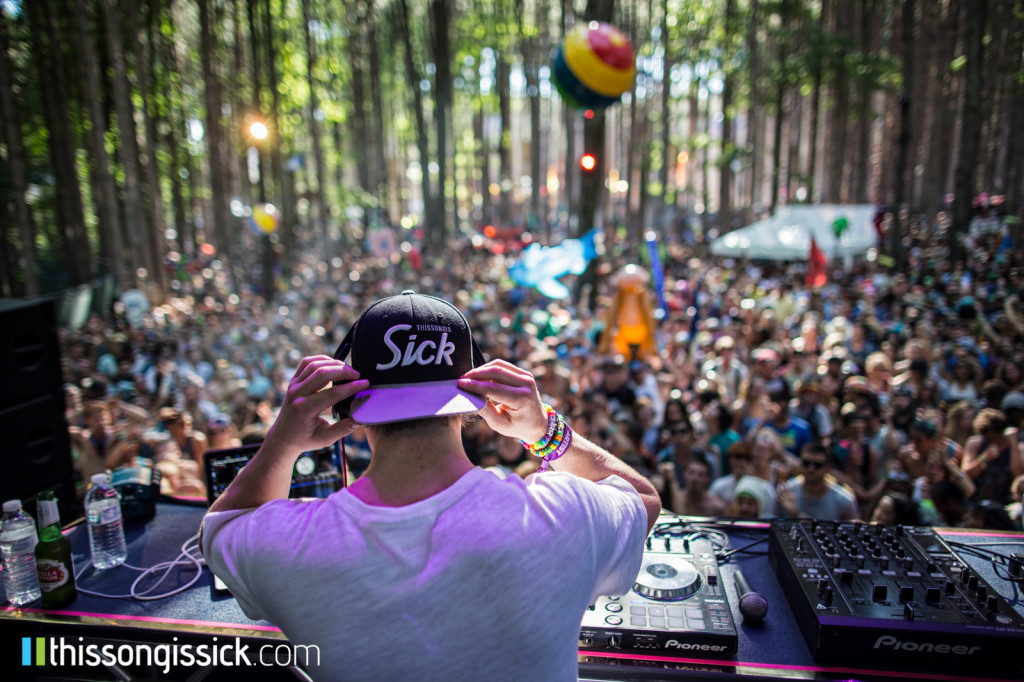 Whether you’re a unique DJ or just a die-hard fan, there’s no doubt you’ve been asked the question: “What genre or style is this?” While you may not always be able to come up with an accurate answer, take it from our friend down-under and follow these simple steps: 1) get in tune with the vibes, and 2) try to come up with something catchy.

Thomas Jack, a twenty-year-old Australian producer and DJ, has essentially created his own sub-genre of EDM simply by attributing his sound to something that resonated with him.

The genre “Tropical House” was kind of a joke at the start. One of my mates told me to label my music under a genre. I loved summer vibes and the beach so I thought tropical house would be a cool name.

When pressured into finding a name for his style of music, Thomas Jack flippantly coined the term Tropical House, which fit nicely with his Hawaiian button-downs and extremely chill personal and musical style.

We’re living in an incredibly rich time for DJs, artists, producers, managers, listeners, and the like, because at any and every moment, a new star emerges on the music scene. In the past few years only, we have witnessed artists, like Thomas Jack, shake up how we view the industry and its key players, either through a kick-ass remix, a mash-up mix of tracks, or an original style that screams for its own sub-genre.

Tropical House is a sub-genre of Deep House, which is another sub-genre of House music within the EDM world. This means it is characterized by traditional house elements such as synthesized beats, a 4/4-kick drum pattern and lengthy tracks (typically five to ten minutes). The defining element being that it incorporates acoustic instrumentation along with synthesizer basslines and memorable melodic lyrics, giving it that unique edge of being the closest sub-genre of EDM to resemble traditional musical melodies.

Other known artists producing this style of music include Kygo from Norway, Bakermat from the Netherlands, and Klingande from France, with up comers such as BASECAMP and Sons of Maria stepping onto the scene as well. Typical instruments you should expect to hear are upbeat percussion, entrancing saxophone, enchanting flute and enlightening piano.  It is not uncommon to hear some funky ukulele or harmonica segments either.

If you don’t believe how big Tropical House has gotten, check out Ultra Miami’s trailer (and so-called anthem) for this year’s festival. Hint: it features a tropical original by none other than our Norwegian friend, Kygo.

Also, stay tuned for Thomas Jack’s upcoming Tropical House Volume 8 Mix. It’s going to be a great one – because they’ve all been f*cking fantastic.

In a world where EDM controls almost every adolescent and young adult’s iTunes, Soundcloud or other streaming service library, many believe Trop House is the way to getting back to the roots of musical production—and it feels that way too! But don’t get too comfortable, for in the end, we are still talking about electronic dance music, i.e.: lovers and fiends riding the unstoppable wave. Though we may not have heard of the subsequent craze yet, it will soon come, and it will no doubt pull us into its current until we are washed back to shore to find the next.