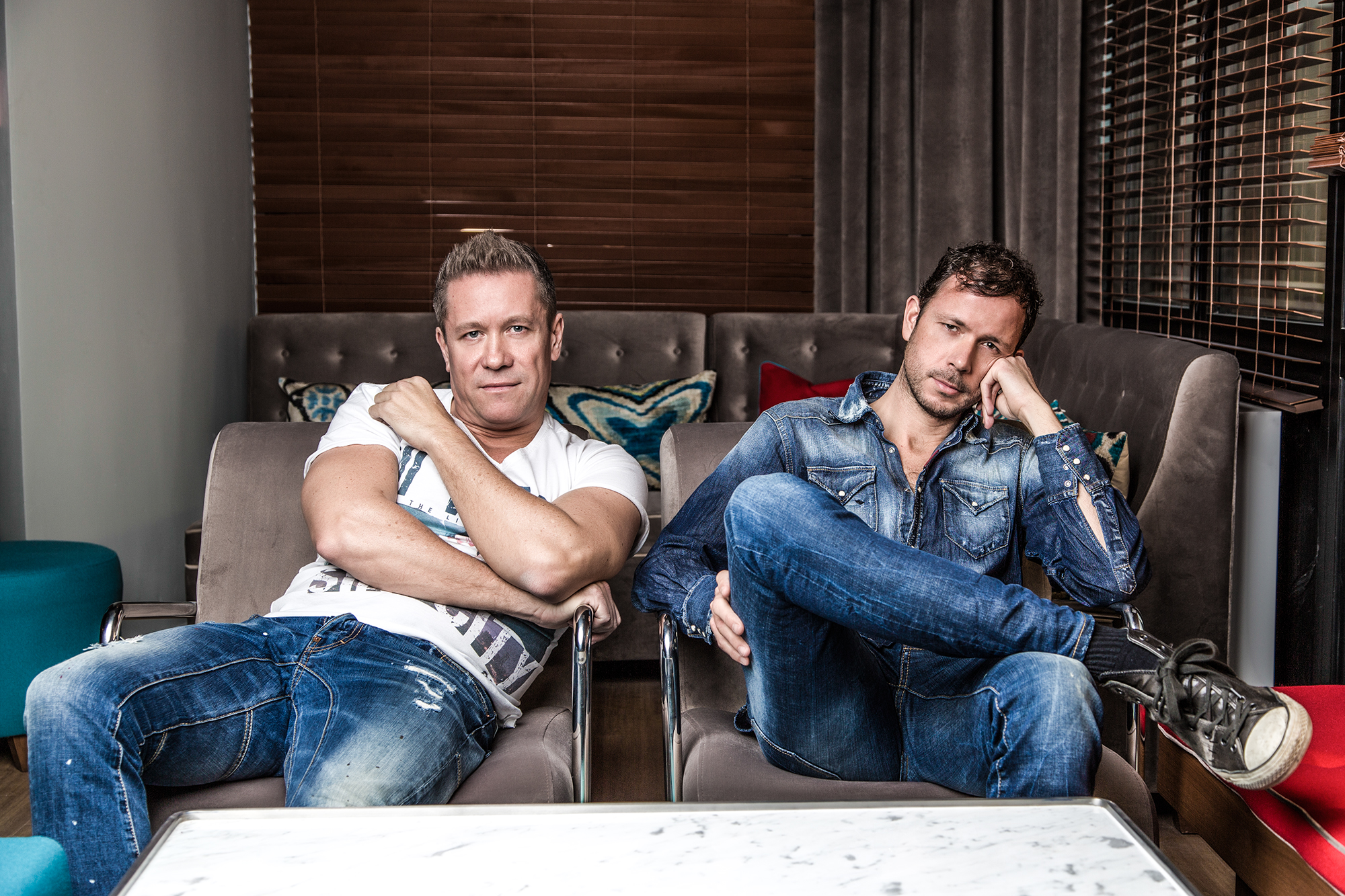 Last weekend, the HBT Crew had the chance to chat with Cosmic Gate, a duo comprised of the incredibly talented DJs/producers Nic Chagall and DJ Bossi. We wanted to meet the pair because we respect their emphasis on music as a way to feel, rather than just white noise. We’d try to give you a summary to incite you to keep reading, but really, we couldn’t summarize it if we tried. Read on for some industry wisdom from two renowned and established artists who really know what they’re talking about.

Where you do both like to go out when you’re back in Germany?

We actually live in Las Vegas and Barcelona now—haven’t lived in Germany for quite a while. If we’re back in Germany it’s to see family and longtime friends. It’s some real downtime. We don’t go out actually, but if we do, both Barcelona and Las Vegas definitely give us more options than good old Germany!

You’ve collaborated and performed with some very talented producers/DJs. Who was the most fun to work with?

That’s hard to say. Every collaboration goes differently, and every DJ/producer/songwriter or singer has their own way, and so do we. At the end most of the work gets done in separate studios. When we get together in the studio, as we did with Jonathan Mendelson for example, we were really just sitting in the kitchen and cooking, drinking wine, and telling funny stories instead of working. So in the end, that was probably the most enjoyable collaboration!

Your group is already well established in the EDM industry. How do you feel about the way it has evolved over the last decade?

If we are talking about the scene in the US, it has evolved dramatically during the last few years. Dance music was happening in the US, but just in the bigger cities. Overall, rap and pop were the big thing, and trance/techno was totally underground. As we all know, this drastically changed in 2010. Now we call it EDM and it’s played on the radio. Even smaller towns play EDM in their clubs. Social media has helped a lot with establishing new acts quickly. The whole market has changed. DJs are like pop-stars, selling out big halls or stadiums, so it really changed a lot. The good thing is that the underground sound still exists. Overall, the variety of styles has never been as big as it is in 2015, so we see the whole evolution of dance music as very positive!

We know you mainly stick to trance, but tend to incorporate elements from other sub-genres. How would you define your musical style?

It’s always hard to talk about music. It’s simply a feeling. Either you like it, or you don’t. If we define our style in some way, it still wouldn’t help you if you don’t feel it. If we were to try to, though, you would be right—our songs have an overall trancey feel. Our influences, though, are really wide. It goes back to music from the early 80s… Even opera’s not a stranger to us! We grew up with early house and techno, so it’s a wide mixture of styles and influences that we combine, and all together it leads to the Cosmic Gate sound. We do not have a special name for it, as our music isn’t always the same. Sometimes we go full-on vocal, some tracks are most bassline-oriented, and others more groove-focused. What we definitely try is to not write typical everyday music. We want to write music that sticks out; music that’ll hopefully still be heard and played years from now. We do not want to write the tracks that just follow a certain style that is hip at the moment, but a year later no one cares for it anymore. Substance is important to us, but again, words don’t help. It’s the feeling that counts, and we hope to deliver it in our music.

We’re really big fans of how you’ve been naming your tracks and studio albums. What’s your process for selecting a title?

Thank you! That’s nice to hear. Well, we try to find names that somehow sum up—at least as best as possible—the music that we write. Names that show you what you can expect from the music on our albums. Start to Feel and Wake Your Mind are mission statements of sorts from our end. We’re telling people to be open and not listen to only one style or type of music. There’s even a bit of critique in there, too. A lot of the music that was around when we were producing Start to Feel simply did not have an authentic feeling for us. Too much club music was simply focusing on the drop, and this, in our eyes, can’t be the aim for any musician or DJ. We were of course lucky that Cary Brothers, the singer on both albums’ title tracks twice summed up our feelings with his songs. They were basically what we had in mind. Hey, thanks for that, Cary!

Most of your music is entirely original, but are there any new songs you’d be interested in remixing?

We just remixed one of Gareth Emery’s new songs called Long Way Home, and plan to do more remixes during the year. It simply has to fit—both the song and we need to have time in our schedule. When there is not a lot of free time because we are touring, we prefer to focus on our own new productions. There is not enough time for our own music already, so let’s see what the next year will bring…

What’s on for 2015? Any exciting endeavours?

Tons! We just finished compiling a new Mix CD series, which will be called Wake Your Mind Sessions Volume 001. This will be released mid-March, and includes our new single Yai (Here We Go Again) made in collaboration with our friend JES. Also, we have a lot of new tracks coming out, but more info on that soon!

Link Up With Cosmic Gate: