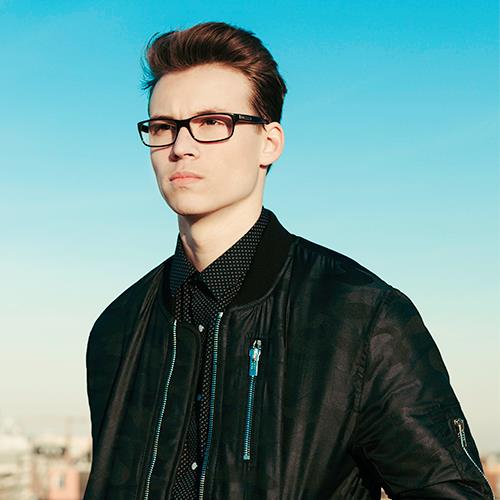 The working title for this interview was “16 & Probably Better Than You,” because, let’s face it, Curbi’s done a lot more in his 16 years than most people accomplish in 20, 25, or even 30. The British prodigy gained a lot of attention for his release Discharge on Spinnin’ Records, but his reputation, paired with immense respect from established artists, preceded him. Nobody can really determine where his career is headed, but if he keeps it up, we have no doubt he’ll be a household name by the time he’s 20. Read on for a little peak into Curbi’s mind, and keep an eye out for what he’s up to next.

Considering you’re still a rising star, there isn’t a ton of info around about you. Care to tell us how you got started? How long have you been producing for?

I’ve always been into music, like most of us, but I felt that listening to music wasn’t really enough. Therefore, I began making music. At first it was extremely confusing and I didn’t really know where to begin. But after a while, I began messing around with sounds and making a lot of commercial dance music. So a year had passed by at this point, and my production level was still very average. Then I heard Gecko by Oliver Heldens, and it totally inspired me. I then really started trying hard to develop my own style, something which would separate me from others, but in a good way of course. Sound design has always been a key aspect to making a really unique track for me, it’s definitely my favourite thing to work on when making new music. After nearly 2 years of making music and improving my production as a whole I suddenly made my track Discharge which was pretty unique I guess. I’ve been producing for just over 2 years now.

We first heard about you during our interview with Chocolate Puma, and their respect for your talent was readily apparent. How does it feel to be on the radar of so many “greats,” and to maybe be on the way to becoming a “great” yourself?

It’s amazing seeing these big guys who I’ve looked up to for a long time showing support, it really just shows that hard work definitely pays off and that giving up certainly isn’t the answer. I’m just super happy that people are enjoying my music… I couldn’t be any more thankful for the support I’m given!

If you could collab with anyone in the world right now, who would it be? Why?

Guys like Diplo, Oliver Heldens (of course), Don Diablo, Dillon Francis and Martin Garrix… I could go on and on, there are so many great producers out there, and I would love to work with them.

What are you working on right now? What do you have coming up?

A couple remixes will be released soon, some collabs, and possibly another solo from me, maybe I’m not supposed to say haha. But I’ve got lots of new ideas, and I’m always looking to make them sound very different from other tracks nowadays.

While we agree that age totally doesn’t matter, being younger means that you still have to deal with school and such even though all you really want to do is produce. Do you think you’ll want to continue to university or just dive into your music career headfirst?

For sure. To be perfectly honest, school isn’t for me. I just want to dive straight into my music career, no doubt about it!

We typically ask this question to people who’ve been in the industry for years and years, but we thought it would actually be great to get an answer from your perspective. What advice would you give to an up and coming DJ/producer?

If you’ve just started out making music, my advice would be to start out by producing on a well known genre, or a genre which you’re very familiar with, because that way you know exactly what you want to produce. When you start doing that, and your level of production has improved quite a lot, I’d recommend really experimenting and trying to develop your own solid style. Being the same as everyone else is boring, making something new is so much better, that way this music will never die out. Keep adapting your sound, if it’s starting to sound the same, there’s your chance to make something completely new again. At least that’s how I look at it. You’ve got to be very patient, too, because you can’t instantly become good at producing music. ‘Persistence, determination, passion and uniqueness’. Those four words are very important to me.

I’ve got a few, but I really respect people like Martin Garrix and Oliver Heldens. They both have created something new and that for me is what everyone should be doing. I have many inspirations like I said, but those two are definitely my main ones.

You’re 16, and you’ve already released on Spinnin’—pretty insane if you ask us. Where do you see yourself/want to be by the time you’re 20?

I still find it pretty crazy, haha. By the time I’m 20, I’d love to see myself touring around the world and DJing mostly my own music. I’d love to see myself getting recognized for my different style, too. Besides that, the support I’ve received so far is more than I could have wished for, and I’m totally grateful for everything, so thanks to everyone for your support. We’ll see what happens, though!

Link Up With Curbi:

Far From Generic: Meet MAKJ
Keepin’ Up With Krippa: The Boys Behind The Rising Design Studio